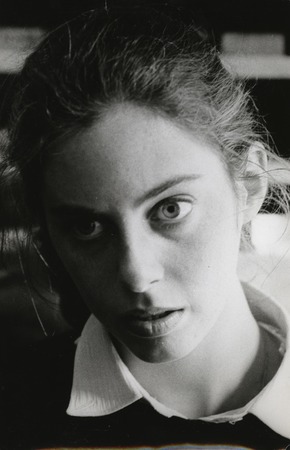 The work of photojournalist Diana Mara Henry spans four decades of political, social, and cultural change in America. After graduating from Harvard with a B.A. in Government in 1969, Henry worked as a researcher with NBC News and as a general assignment reporter for the Staten Island Advance. In 1971 she began to work as a freelance photographer.

Among many projects, Henry covered the Democratic conventions of 1972 and 1976 and was selected as official photographer for both the National Commission on the Observance of International Women’s Year and the First National Women’s Conference in 1977. While teaching at the International Center of Photography from 1974-1979, she developed its community workshop program and was a leader in a campaign to save the Alice Austen House. Her body of work ranges widely from the fashion scene in 1970s New York and personal assignments for the family of Malcolm Forbes and other socialites to political demonstrations, cultural events, and photoessays on one-room schoolhouses in Vermont and Ulster Country, NY, and everyday life in Brooklyn, France, Nepal, and Bali.

Henry’s photographs have appeared in government documents, magazines, books such as Newsweek’s Pictures of the Year 1977, and the 1989 Pulitzer and Tony award-winning play The Heidi Chronicles. They have been exhibited in many locations including a one-woman show at the Women’s Hall of Fame in Seneca Falls, NY; The Park Avenue Armory, NYC; and The American Civil War Center at Historic Tredegar, Richmond, VA. In addition to the UMass Amherst Libraries, Henry’s photographs are in the collection of the National Archives.

The exhibit draws upon photographs and documents in the Diana Mara Henry Collection (20th Century Photographer) in Special Collections and University Archives (SCUA) and features photographs taken by Henry along with a rich array of related materials—speeches, press releases, brochures, and her personal notes—collected over the years, which document the political and cultural scene of the second half of the twentieth century. Items on display cover a wide range of topics from the Vietnam Veterans Against the War, The Women’s Pentagon Action, the McGovern campaign, the New York State Women’s Meeting and First National Women’s Conference to Permaculture, New York politics, and New York society.