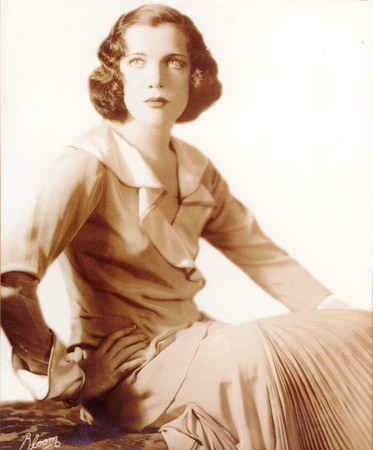 Frances Upton (April 15, 1904 – November 27, 1975), wife to Bert Bell and mother of Upton Bell, started her own energetic career in New York City. Daughter of a New York City detective, she was discovered around 1920 by a talent scout while working at the Macy's perfume counter. Soon after, she was working as a chorus girl on Broadway. In 1923 she signed a contract with the Ziegfeld Follies and became one of the era's most famous vaudeville stars. In late 1928 her career accelerated when she starred in Whoppee! with Eddie Cantor at the New Amsterdam Theater. After the start of the depression, she continued to find work on radio shows and even one of the first experimental television broadcasts. In 1930 she had signed a contract in Hollywood and starred in Night Work with Eddie Quillan and Sally Starr. But tiring of Hollywood, she returned to Broadway. 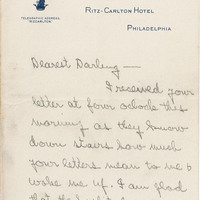 By 1932 she was engaged to Bernard Baruch, Jr., the son of a wealthy Wall Street financier and advisor to President Roosevelt, but happened to cross paths with Bert Bell, who persued her vigourously. After multiple marriage proposals from him, she finally broke off her engagement to Baruch and married Bert Bell secretly on January 4, 1934. Frances, as the more famous and wealthy person in their engagement, lent money to Bell in 1933 before they married to purchase the team that would become the Philadelphia Eagles.