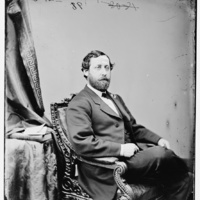 Leonard Myers, grandfather of Bert Bell and great grandfather of Upton Bell, was born in Attleboro (now Langhorne), Bucks County, PA, on November 13, 1827. He went on to serve six terms in the House of Representatives from 1863 to 1875.

He attended private academic schools and the University of Pennsylvania at Philadelphia, though perhaps not completing his degree. He studied law and was admitted to the bar in 1848 and practiced in Philadelphia, PA. Myers held local offices and was a  major of the Ninth Regiment, Pennsylvania Militia in 1862. 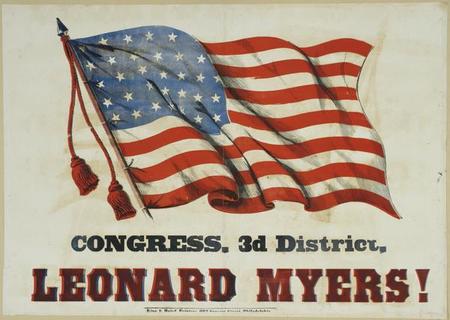 Myers was elected as a Republican to Congress from 1863 to 1869. In 1869 he successfully contested the election of John Moffet, much to the bitterness of Moffet's supporters. He continued to serve from 1869 to 1875. He was chairman of the Committee on Foreign Affairs, Committee on Patents, and the Committee on Private Land Claims. Myers was an abolitionist and among the faction of "Radical Republicans" led by Ulysses S. Grant that opposed giving southern states access to power during Reconstruction. In 1874 he was defeated for reelection, the same year that Democrats took the majority in Congress. He then resumed his legal practice in Philadelphia. He died on February 11, 1905 and was interred in De Benneville family cemetery. 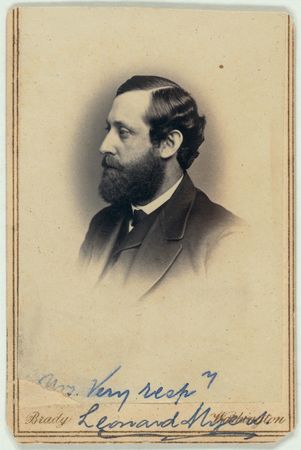 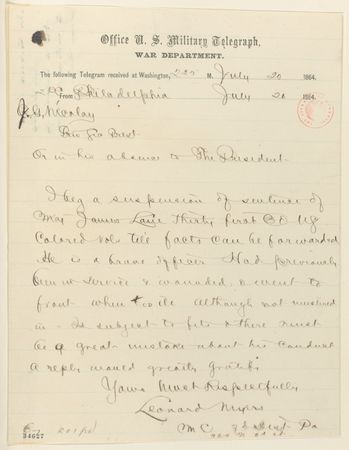 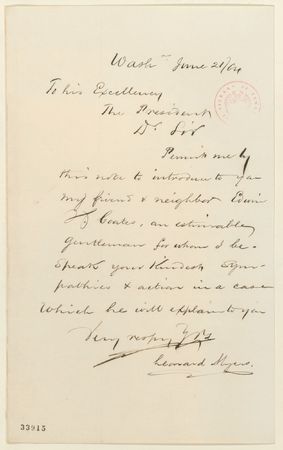 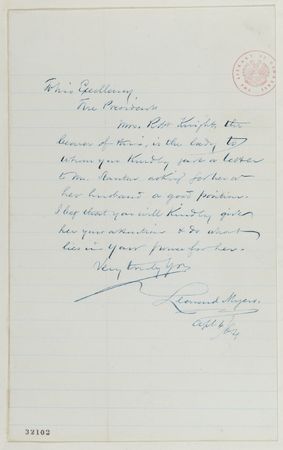 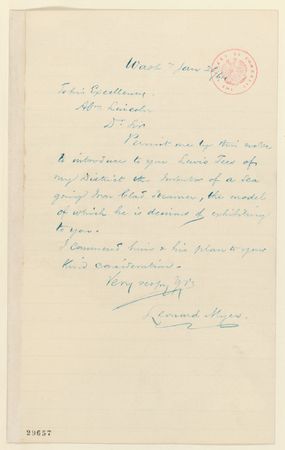 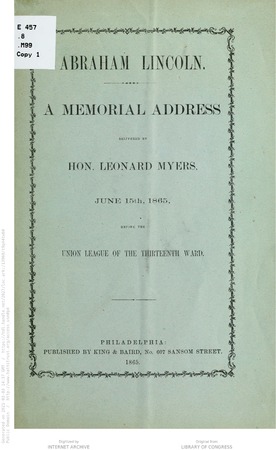 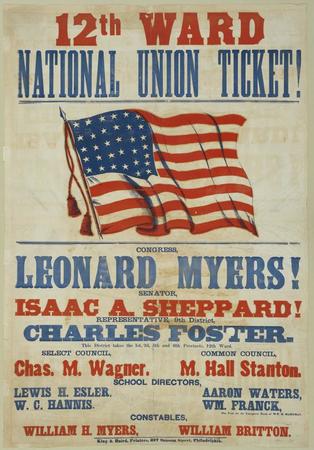 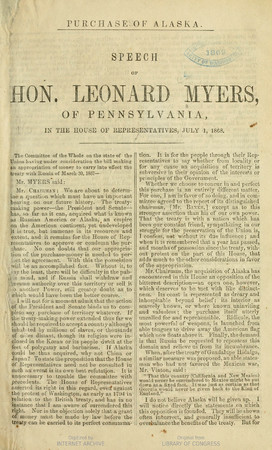 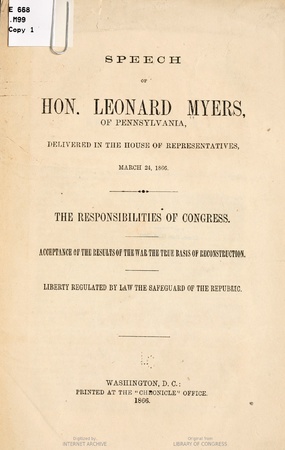