Bert Bell and the NFL

Initially, Bert Bell criticized the NFL and turned down the idea of buying an NFL team.  However, by early 1933, Bell’s opinion on the league had changed due to the urging of his future wife, Frances Upton, who attended games with him and encouraged him to buy a team in the Philadelphia area.  At the time, the state operated under the Pennsylvania Blue Laws, which prohibited any Sunday activities for religious reasons. After understanding these laws would have to be changed as a prerequisite to starting a Philadelphia-based franchise, Bell lobbied to strike down the Blue Laws.

After his efforts were successful, Frances loaned him the money and Bell procured the rights to such a franchise, the Frankford Yellow Jackets.  He named the team the Philadelphia Eagles after seeing the eagle on the National Recovery Act billboard. The Eagles finished their inaugural 1933 season with a 3-5-1 record. With their next season similarly lacking success, the Eagles found it difficult to both sell tickets and sign talented college prospects.

This led Bell to propose an NFL Draft to ensure weaker teams had an advantage in signing leading players, as a way to introduce stability and competitive balance into the league. In 1935, his proposal was accepted, and in February of 1936, he acted as Master of Ceremonies at the first NFL Draft at his father’s hotel, the Ritz Carlton, in Philadelphia.

After the first three years of the Eagles’ existence, Bell was able to obtain sole ownership of the franchise with a quaint bid of $4,500, which is worth roughly $82,000 today. Having ousted his former ownership partner, he made him the head coach of the team, which led them to a 1-11 finish, their worst record ever. Two years later in 1938, the Eagles achieved a 5-6 record in their first profitable season. 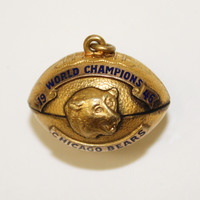 In 1940, a series of events known as the “Pennsylvania Polka”, resulted in the sale of the Pittsburgh Steelers to Alexis Thompson, former Steelers owner Art Rooney purchasing half of the Eagles, and the two ownership groups swapping rosters and territorial rights. Bell became the Steelers' head coach and 50 percent owner while Art Rooney became the general manager.

By 1943, the NFL was struck hard by World War II, with 40% of players having been drafted. Bell tenaciously argued against other owners and suspending league operations until the war’s conclusion. In order for the league to stay alive, Bell merged the Eagles and Steelers and called them the Steagles and later merged the Steelers with the Cardinals and called them the Pitt-Cardinals. 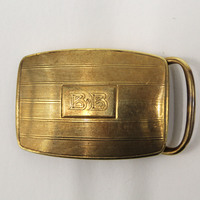 After the war, Bell was elected NFL commissioner and sold his ownership in the Steelers back to Rooney. Serving from 1946 until his death in 1959, he implemented a proactive anti-gambling policy, negotiated a merger with the All-America Football Conference (AAFC), and unilaterally crafted the entire league schedule with an emphasis on enhancing the dramatic effect of late-season matches. As Commissioner, he founded the Pro Football Draft which saved the game and was adopted by every major league sport.  Today, the NFL Draft is among the highest rated TV shows.  Bert Bell also initiated the Sudden Death rule which was used for the first time in 1958 and resulted in "the greatest game ever played", The New York Giants vs. The Baltimore Colts.  Finally, he was the first Commissioner to recognize the Players Association.

On October 11, 1959, Bell suffered a heart attack and died while attending a game of the Pittsburgh Steelers at the Philadelphia Eagles, two teams where he was owner and coach, and at Franklin Field where he played and quarterbacked Penn to the Rose Bowl. He was wearing this belt buckle and a moneyclip (also in the collection) at that game. He was posthumously inducted into the charter class of the Pro Football Hall of Fame and was known for saying “on any given Sunday, any team in the NFL can beat any other team.”