Baltimore Colts and the Super Bowl 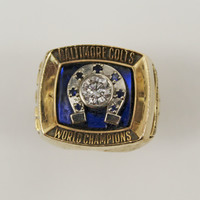 The Super Bowl, or the annual championship game of the NFL, is the highest level of American football played each year with the champion of the National Football Conference (NFC) playing the champion of the American Football Conference (AFC). The game was created as part of the NFL merger with the rival American Football League (AFL), as both leagues would participate in the AFL-NFL World Championship Game until the official merge.

The Baltimore Colts were founded in 1953, after a challenge from NFL Commissioner Bert Bell. The city of Baltimore would be awarded an NFL team if it were able to sell 15,000 season tickets within six weeks, a quota which the city resoundingly reached in just four weeks. In its inaugural season, the team’s inexperience showed as it finished with a dismal record of 3-9. 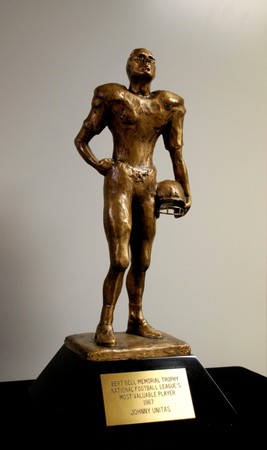 However, just five years later in 1958, the team won its first NFL Championship in what is widely known as the “Greatest Game Ever Played”. It was the first time the sudden death overtime rule to determine a winner in a tie game had ever been applied. The team returned to the Championship the following year, where the Colts won back-to-back titles. 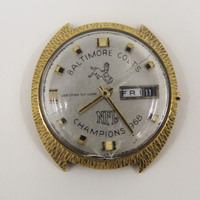 Ten years later in 1968, the Baltimore Colts, with the continued leadership of Johnny Unitas and Don Shula, went on to win the Colts' third NFL Championship and made an appearance in Super Bowl III, the first to officially bear the trademark name “Super Bowl”. Leading up to the game, the Colts were considered one of the “greatest pro football teams of all time” and were widely favored against their AFL opponent, the New York Jets. However, the Jets defeated the Colts 16-7, resulting in the AFL’s first Super Bowl victory and is the reason this game is regarded as one of the greatest upsets in American football history.

After the merge of the AFL in 1970 and the addition of ten new teams to the NFL, Baltimore again earned a spot at Super Bowl V, the first post-merger championship game. In 1971, the Colts defeated the Dallas Cowboys 16-13 on a successful field goal with only five seconds left to play by Bell draftee, Jim O’Brien. This victory gave the Colts their fourth NFL championship, and first “true” Super Bowl victory. Seventeen of the 40 players on this Colts roster were drafted by Bell.

The Baltimore Colts traded ownership in 1972 and did not make the playoffs again for three consecutive years. Beginning in 1978, the team endured nine consecutive losing seasons until the franchise famously relocated to Indianapolis, Indiana in the middle of the night in 1984. 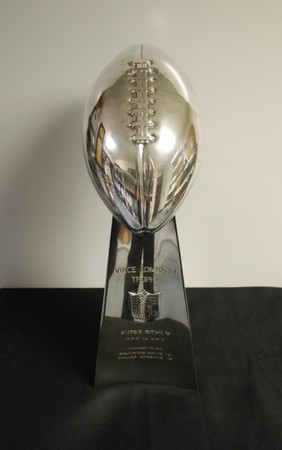 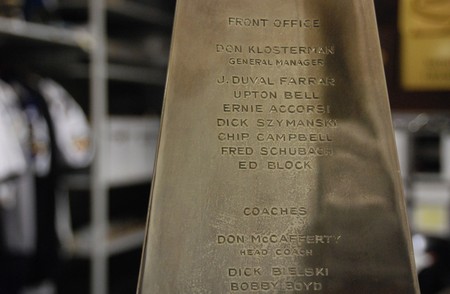