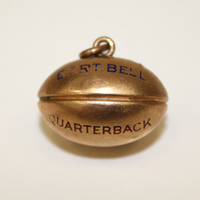 De Benneville “Bert” Bell (1895-1959) was accompanied by his father to his first football game at the age of six, during the early days of American football. Throughout his childhood years, his father was athletic director at the University of Pennsylvania, where he helped form the National Collegiate Athletic Association (NCAA), and then became a trustee. At the same time, by the time Bert Bell finished high school he was captain of the football, basketball, and baseball teams at the Haverford School. Bert's grandfather, Leonard Myers, had been a lawyer in Philadelphia and was elected to Congress as a representative for the 3rd district of Pennsylvannia from 1863 to 1875. 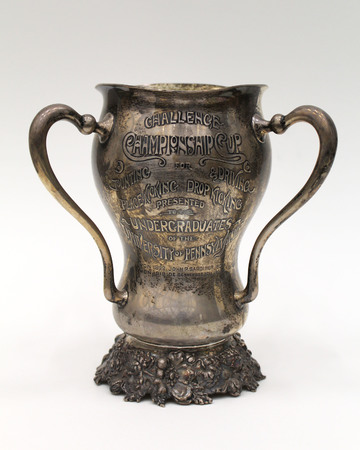 At UPenn, Bell became starting quarterback for the school’s football team in just his sophomore year. He led the team to a Rose Bowl in 1917 and threw the first forward pass in Rose Bowl history. Also in 1917 and while still a student, he enlisted into the U.S. Army during World War I and was cited by General John J. Pershing for gallantry in the field. In 1920, he joined John Heisman’s staff at UPenn as an assistant coach, where he was a well-regarded football coach, receiving head coach offers from various universities.